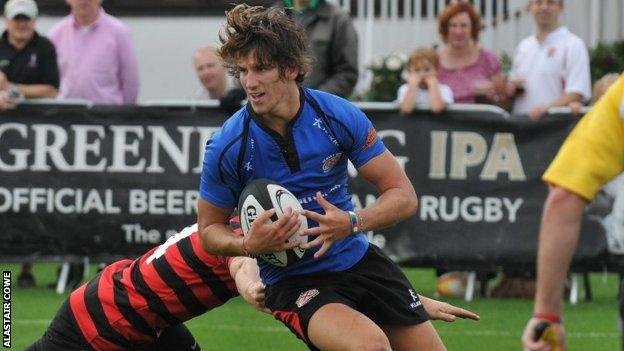 Jersey utility back Michael Le Bourgeois is confident of being fit to play in the club's crucial bottom-of-the table clash at Doncaster on Friday.

The 22-year-old, who is the team's leading scorer this season with 77 points, was in the earlier this month.

"I expect to be fit and to get the all clear," he told BBC Radio Jersey.

"It's a big game, they're near the bottom with us so it's an important game for us to win psychologically."

Goal-kicker Le Bourgeois, who came through the Jersey academy, was the and has impressed since making his debut back in the old London Two division in 2008.

And his return would be good news for Jersey, who are level on points and points difference with Doncaster at the bottom of the RFU Championship table.

They are above the Yorkshire team by virtue of the one extra point they have scored and the fact that they have won twice, while Doncaster have won only one game.