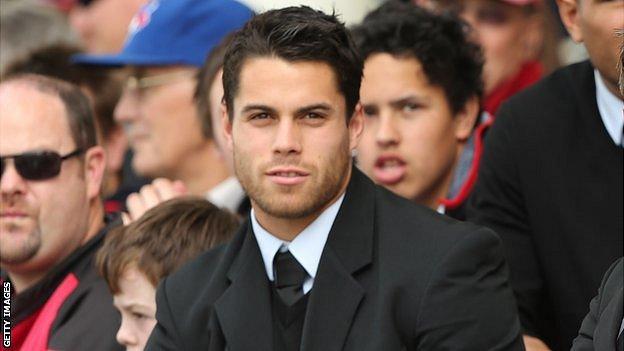 Glasgow Warriors back Sean Maitland has dismissed talk of representing Scotland until he has fully established himself in the first team at Scotstoun.

Maitland, 24, who is eligible to play for the Scots through his grandfathers,

"But my focus is on performing well for the Warriors and if that leads to other opportunities, that will be a bonus."

Maitland moved to Glasgow from Canterbury Super Rugby franchise the Crusaders on a two-and-a-half year deal.

He told the Glasgow Warriors website: "I really want to hit the ground running with the Warriors but I know that I've got a lot of work to do to get into this team.

"There is a really strong side being put together here at Scotstoun and the competition for places is immense.

"It's a sign of the ambition and I want to play my part in that."

And the player, who can operate at full-back or on the wing, added: "I have a lot of strong family connections with Scotland so the chance to live and play in Glasgow is a very exciting opportunity."

Maitland made his Crusaders debut in 2008 and scored 24 tries in the competition, including four in one game in 2011 to equal the single-match record.

Head coach Gregor Townsend said: "It's great to welcome Sean to Scotstoun and have him on board as we enter a crucial stage of the season.

"We've got some big games coming up, starting this Friday at Munster, and this is a great boost for the club.

"We know the quality Sean brings, his scoring record in Super Rugby speaks for itself, but he knows he has to earn his place in the team as we have a lot of quality in the back division here.

"I'll be looking for him to work hard in training and earn the chance to show the supporters what he's all about."