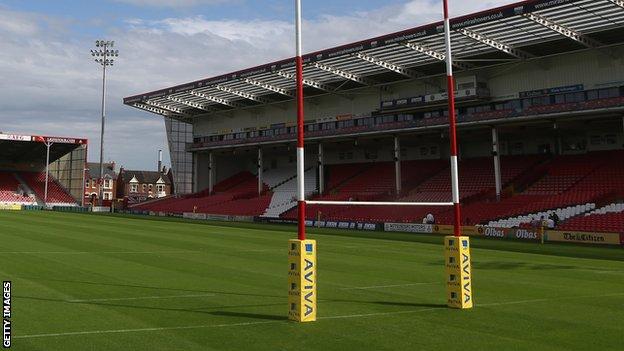 Gloucester have appointed Stephen Vaughan as their new managing director.

Vaughan, 37, who will start his new role on 17 December, has experience in the travel and leisure industry.

Finance director Chris Ferguson, who has been acting MD since Ken Nottage left Kingsholm in August, will leave the club at the end of the year.

"I'm excited and honoured to be taking on the role at one of the biggest clubs in European club rugby," said Vaughan, once on the books of Walsall FC.

"Gloucester possesses a heritage that is the envy of many a sporting institution, with a standing within the community and support base to match, and a thriving commercial arm.

"But what particularly impressed me when I spoke to the board, was the drive and ambition to establish the club at the very pinnacle of the game.

"Nigel Davies and the playing squad have made a fine start to the season, and I can't wait to come on board to play my part in helping Gloucester achieve its undoubted potential both on and off the field."