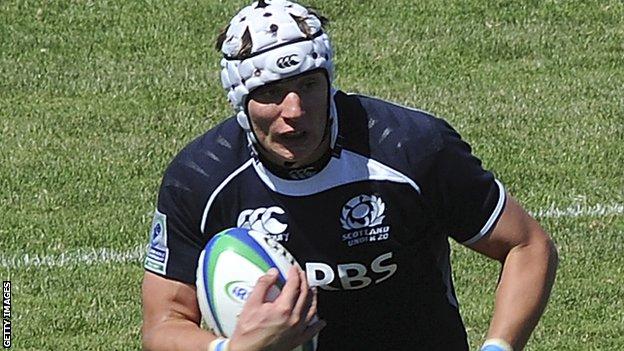 Tyas, 21, joins Bath team-mates Joe Buckle and at the Mennaye.

The Scotland Under-20 international has previously had spells with Plymouth Albion and Moseley, playing 24 times in the Championship.

To make room for Tyas, Pirates have released Adam Clayton, who has not played after suffering a knee injury.

"We are delighted with our developing relationship with Bath Rugby," said Pirates chief executive Rod Coward.

"But the good news that James Tyas is joining the Pirates is tempered by the fact that Adam Clayton's injury has proved to be far worse than we feared.

"Adam and the Pirates medical team have done everything possible to get him back to match fitness and during his time here he has proved himself to be an excellent representative of the club.

"We share his disappointment and wish him every success in the future."