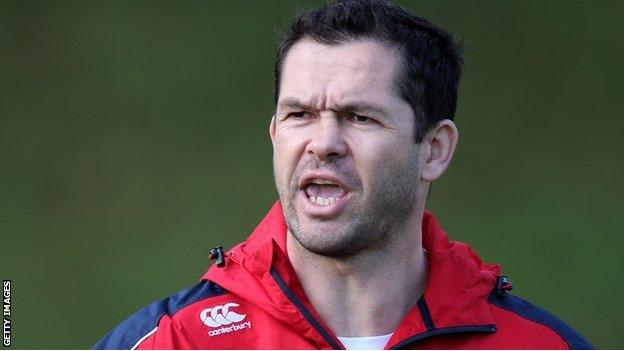 Andy Farrell has called on his "fearless" young England side to record a significant milestone in their development by beating world champions New Zealand on Saturday.

England head into their final autumn Test on the back of narrow defeats by Australia and South Africa.

But assistant coach Farrell believes England can upset the odds and beat New Zealand, saying: "They are beatable.

"This [England] group is fearless, it could certainly be a great milestone."

England may have lost their previous two fixtures but Farrell saw enough in the 16-15 defeat by South Africa last weekend to believe they are on the right track.

New Zealand are unbeaten in 20 matches, and have not lost an autumn international in a decade.

Despite that daunting record, Farrell said the England players are in good spirits and relishing the opportunity to test themselves against the best.

He added: "The discussions this week have been ones that were upbeat and the players are super excited about playing against the best in the world.

"I would think that our boys will see this as a massive privilege to be involved in at such a time in their development - to play against a side that is really, really experienced and has been through a lot and made themselves one of the best sporting teams at the moment.

"Let's be honest New Zealand are a fantastic side at the minute, there are not many weaknesses throughout, they seem to be completely in sync and they have grown together as a team. They are playing some outstanding rugby at the moment.

"They do a lot of things right but they are also vulnerable in places, there is no doubt about that. You cannot be exceptional in every single department for the whole 80 minutes.

"It is up to us to make them have an off day and hopefully be on song ourselves."