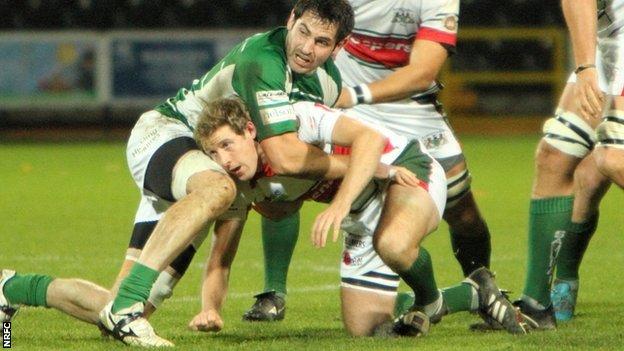 The 31-year-old flanker took over from Craig Hammond as skipper this season and has scored six tries in 10 games to help the club to second in the Championship table.

Head coach Martin Haag said: "Brent has done an outstanding job as both a player and leader this season."

Wilson joined on an 18-month deal in 2011 after five years and more than 100 Premiership games at Newcastle.

Haag added: "We are at a stage that we are looking at the continuity of this team and creating something to be proud of as a club. Brent is a big part of that.

"This is not a time to chop and change personnel, and he is the sort of player that you want at the heart of a club.

"There is something big on the horizon for Nottingham and it is great that that Brent wants to be part of it.

"We have a long way to go yet, but with this signing and more to come we are building on the solid foundations that we have in place."