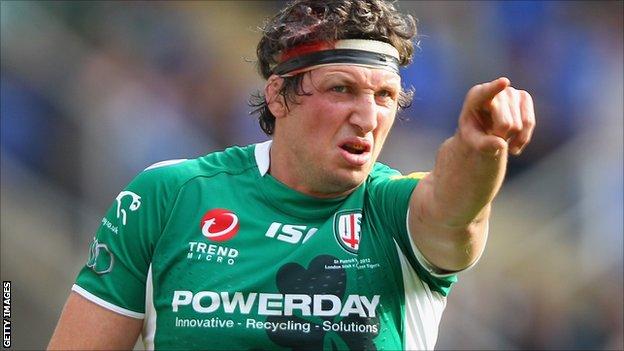 London Irish captain Declan Danaher has called for calm at the club ahead of Saturday's crucial Premiership clash against London Welsh.

Irish are just five points ahead of bottom placed Sale and travel to the Kassam Stadium to play London Welsh who are just four points above them.

Danaher says with 13 games still left to play there is not need to panic.

Fair play to London Irish they have ground out some very good results against some good sides.

"A lot of people see it as a relegation clash, personally I take things week to week," Danaher told BBC Berkshire.

Club stalwart Danaher admits he has seen this type of slump in form before so that helps deal with the results.

He also says he has been impressed by Saturday's opponents, in their debut Premiership season.

"London Welsh have had a good start and we have been quite frustrated so it is obviously a big game," he said.

"They are a good side and they work very hard for each other. They believe in themselves and are pulling in the right direction.

"Fair play to them they have ground out some very good results against some good sides."

Danaher added: "Personally I have been in this situation before and I know we are fully capable of getting ourselves out of it with the players we've got so I'm not too worried or stressed.

"Winning makes everything seem better and you crave that feeling. You can find yourselves in some very dark places so you just have to concentrate on the game ahead and not look beyond that."