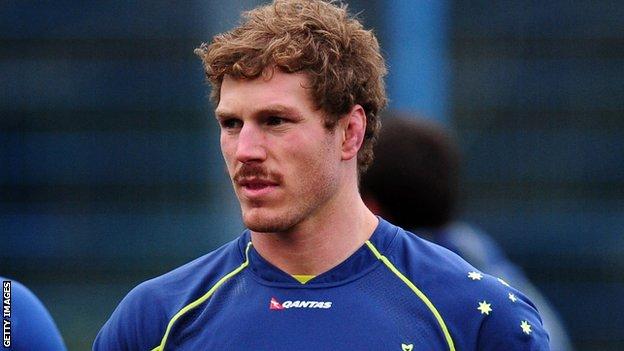 David Pocock is one of three changes to the Australia side for Saturday's Test against Wales in Cardiff.

The flanker, who replaces Michael Hooper, has not played since injuring his knee against New Zealand in August.

Kane Douglas returns from a knee injury in place of Sitaleki Timani and hooker Tatafu Polota-Nau comes in for Stephen Moore.

Nathan Sharpe will captain the side in his 116th and final Test for Australia, who have won their last seven matches against Wales.