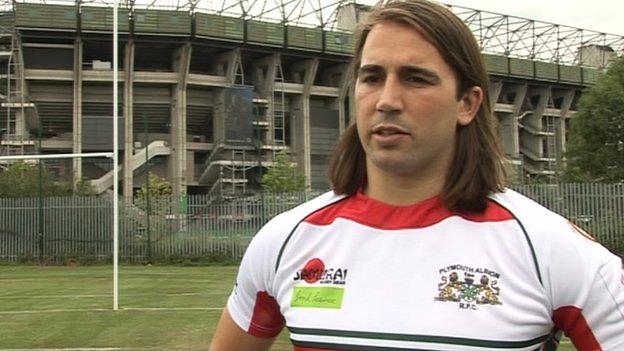 Former Canada international flanker Stephen, 30, will stay until the end of next season after joining in 2008.

Stupple, who moved from Exeter in the summer, has signed until summer 2015.

"This is the first time for many years that Plymouth Albion have made a decision so early in the season about the squad for the next season," said chairman Graham Stirling.

"This is really good news for Albion, particularly after the tough financial circumstances at the end of last year."

Director of rugby Nat Saumi said: "Sean-Michael has been with the club since 2008 and adds great stability to the team.

"He has captained Plymouth Albion for the last two seasons and is greatly respected by his team-mates.

"Herbie made a great impact at the beginning of this season, before picking up an injury but we firmly believe that this signing is great news for the club."