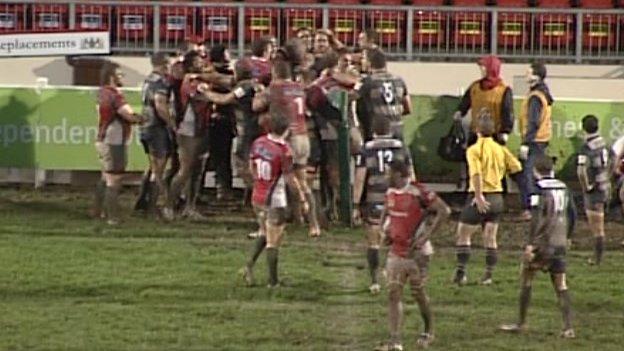 Plymouth Albion and Bristol have been cited by the Rugby Football Union after a mass brawl during last week.

More than a dozen players were involved in the fracas on the half-way line during the second half.

Albion forward Jack Andrew, who was sent off after the brawl, has been individually cited for striking.

The hearings will all take place in front of an RFU panel in Bristol on Tuesday, 4 December.