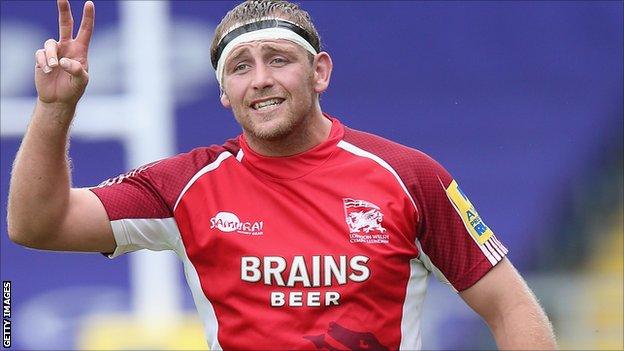 Oxford-based Welsh take on Berkshire-based Irish in a game that could have significant permutations at the foot of the Premiership table this season.

Now we are in the Premiership we are loving every minute of it. There is no place we would rather be

Welsh are four points above Irish, who themselves are just five above bottom-placed Sale.

"We are four points ahead of Irish at the moment but a win this weekend and we can really open a gap between us and them.

"And hopefully if Northampton could do the job against Sale then that will be great for us."

Mills says his side are loving playing at their new Kassam Stadium base, having been in west London last season.

"You've got to win your home games and then whatever you can pick up away from home is great," he said.

"It's a great ground and we really enjoying playing there. The supporters are great and we are looking forward to getting another win.

"We grafted last season to get into the Premiership. And now we are there we are loving every minute of it. There is no place we would rather be.

"It will be a great atmosphere and hopefully the fans are in for a great win."