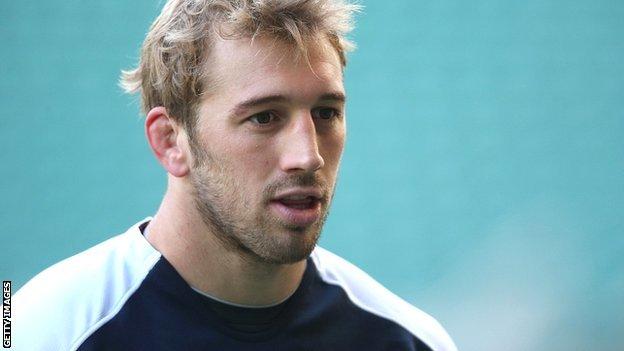 With two minutes left and 16-12 down, Robshaw instructed Owen Farrell to kick for goal rather than go for touch and pursue a potentially match-winning try.

Contrastingly, the week before, Robshaw was accused of being too adventurous.

"There have been a lot of lessons for myself - whether it is decision-making or other things on the pitch," he said.

"Over the last two weeks, myself and the other players have learned a lot about international rugby.

"We have learned the hard way and unfortunately that happens in sport.

"We have to take those lessons and look forward. We can't be dwelling on what happened the last couple of weeks."

Robshaw's men come up against a world champion All Blacks side ranked as the best in the world in their final autumn international on Saturday.

England are searching for their first win over the New Zealanders since coach Clive Woodward's team prepared for their victorious 2003 World Cup campaign with a 15-13 win in Wellington in June of that year.

As well as being on the wrong side of recent history, England lag far behind the All Blacks in experience with their starting XV having won a total of 206 caps compared to their opponents' collection of 788.

Fly-half Farrell, whose inclusion for the injured Toby Flood is has denied suggestions that he challenged his skipper's late decision in defeat to the Springboks last Saturday,

The 20-year-old has since

Robshaw insists the criticism directed at him in the past couple of weeks has been eased by team-mates who know they will need to be at the top of their game.

"First and foremost I need to go out and perform. As a captain you will be put under pressure in these situations but the whole squad has been terrific and really supportive," he added

"It has been different to previous weeks and it has made me really appreciate the players and coaches and the backroom staff we have at the moment.

"We can't feel sorry for ourselves because if you fall off your game for 10 minutes they will hurt us. They can damage you in 10 seconds."