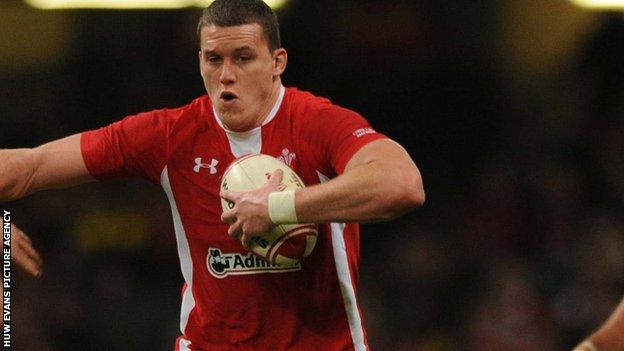 Second row Ian Evans has withdrawn from the Wales side to face Australia after his knee injury flared up once again.

The Wales lock is replaced by Cardiff Blues' Lou Reed, who will partner Luke Charteris in the Wales engine room.

Ospreys second row Evans, 28, injured his knee in the 26-12 defeat by Argentina on 10 November.

He failed a fitness test in the final team run at the Millennium Stadium on Friday afternoon.

"Evans has been excluded in order to give him optimum opportunity to manage his injury," said a Welsh Rugby Union (WRU) statement.

"Whilst he completed training this week he has not been totally free of pain and, with this in mind and after extended discussions between the WRU and his Regional medical team, it has been decided to withdraw him from the game in order to seek further investigation and opinion."

Evans had been recalled for Saturday's game after missing the 33-10 defeat by New Zealand last weekend because of the knee injury.

The WRU statement concluded by stating it did not know how long Evans would be sidelined for.