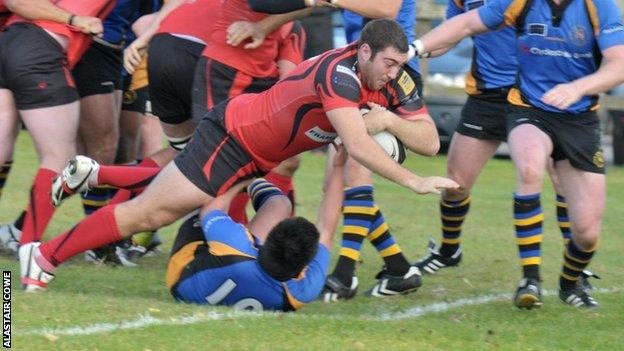 Cornish Pirates have signed Redruth forwards Tom Duncan and Owen Hambly, with the duo being loaned back to the National Two South club.

Duncan, 22, is the leading try-scorer in Redruth's division with 10 so far this season and scored 18 last term.

The players will train with the Pirates once a week and are still expected to play the bulk of their matches with Redruth this season.