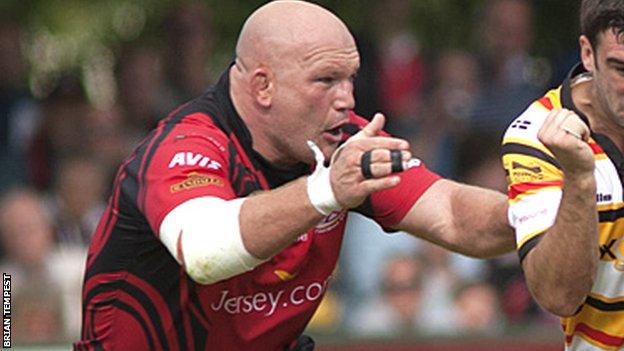 The defeat leaves Jersey three points adrift at the foot of the Championship, but they did secure a bonus point thanks to Ed Tellwright's late try.

You can't win a game playing 10 minutes of rugby

"In the last 10 minutes we played some rugby, but what about for the rest of the game?"

Evans continued: "My biggest thing is, and Ben Harvey [coach] believes the same, is that when you come to places like this, you need to play some rugby, you can't just play for 10 minutes.

"Thirty or 40 minutes of playing rugby might win you a game, but you need to start thinking about 50 or 60 minutes of rugby when you start playing.

"But you can't win a game playing 10 minutes of rugby, it'll never happen.

"It could have been worse but I was expecting a lot more to be honest."