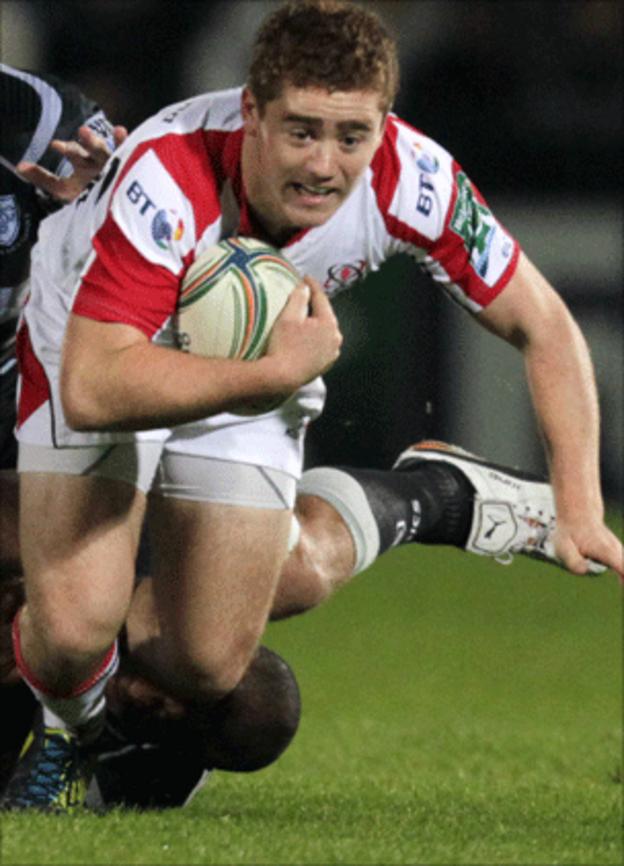 Ulster face the English Premiership side at Franklin's Gardens on Friday, with the sides meeting again in Belfast on Saturday 15 December.

"The atmosphere at Ravenhill is a huge thing to be able to draw on but the top teams travel away in Europe and win," said Constable.

"The only way to qualify out of your group is to get away victories and Ulster have the experience and ammunition to do that.

"They are carrying a lot of momentum into these games and, in team sports, that is a very important thing.

"Northampton will have a lot of big names back in their squad, but Ulster will know to expect a big step up in intensity - that is always the case when you move from domestic to European competition.

"This will particularly be the case against a Northampton side who have such a strong pedigree.

"A five day turnaround between games is a big ask for Ulster, but a lot of that time will be spent on mental preparation.

"The coach has some tough selection decisions to make, especially among the back three and in the back row, but ultimately you want that kind of pressure.

"Ulster have so many quality players at their disposal, but only 15 of those can take to the park at one time, so the team announcement is going to be interesting."

The ex-Australian international adds that the significance of securing a home quarter-final tie cannot be over-emphasised.

"It's not just about qualifying from the pool - you want to be playing at home in the last eight to give yourself the best possible chance.

"The next two games will define this pool and if Ulster can win both of them, they will have gone a long way to earning that home quarter-final which is vital in Europe.

"Once you reach the knockout stages it becomes a lottery, as you are coming up against quality opposition, and you'd much rather be doing that at home.

Ulster's form during their recent Pro12 wins has not been as convincing as their displays in the early part of the season, and Constable says coach Mark Anscombe will be hoping for improvement if his side are to extend their run of 12 consecutive wins in both competitions.

"They will be looking at areas such as ball security, going through the phases and indiscipline, but they will also be aiming to continue the entertaining style of rugby which has served them so well.

"Paddy Jackson has been a crucial player for Ulster and will continue to be for the remainder of the campaign.

"He has shown that he has the mettle to deliver for Ulster on the big occasions and is displaying great composure and maturity.

"He is playing with a wealth of top players and he is capable of giving them direction by putting his team in the right places on the pitch.

"He performs the basics well, his kicking out of hand is exceptional, his kicking for goal outstanding, and it all makes for a wonderful package."