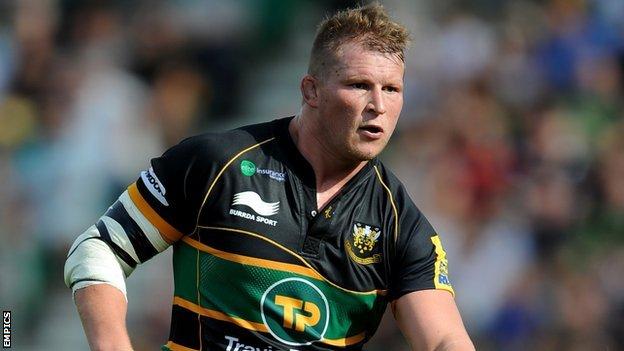 Northampton Saints hooker Dylan Hartley has warned his team-mates to improve or face defeat against Ulster.

"The message is if we play like that against Ulster next week, yes we'll have a good first half," Hartley told BBC Radio Northampton.

"But Ulster will play for 80 minutes and will come back and beat us. We're going to have to be better."

Saints have now won back-to-back Premiership games following a run of three straight defeats and are just two points off top side Harlequins.

But 26-year-old Hartley, making his first start for four weeks after a knee injury, was critical of his side's display against Sharks ahead of fixtures against the Pool 4 leaders and last year's Heineken Cup runners-up.

"A bonus point went missing. There's a few questions that have to be asked about that," said the England forward.

"It was very frustrating, especially considering the manner in which we started the first half.

"We did the basics very well. We defended very well and we took our opportunities when we got them.

"The question is why did we change? What happened? All I can do is watch the video on the way home and answer those questions on Monday. There's a lot of work to be done.

"But I'm very happy to come here and get a win. We got our season back on track. We're sitting nicely in the league table.

"It gives us a nice little run into the Heineken Cup."