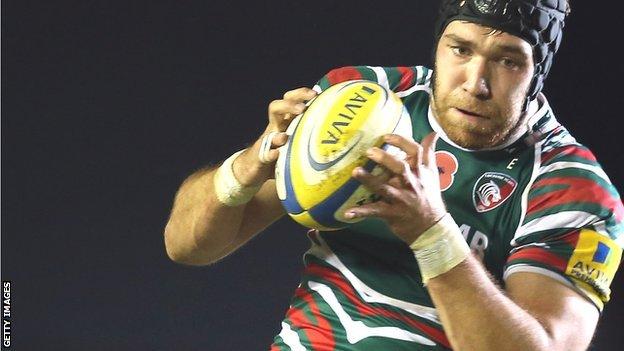 The 23-year-old England Saxon back-rower joined from Worcester in June 2011 and has been a regular this season, starting 11 games.

Kitchener has played a total of 25 games, including the 2011 Premiership final and LV= Cup final, and was part of England's summer tour to South Africa last year.

He said: "I've really enjoyed my time with Leicester. I've learned a lot."

Director of rugby Richard Cockerill said: "Graham is an ambitious young player and has come into a very competitive environment here because he wants to be the best player he can.

"He has settled in very well here, he has taken on extra responsibility in his role in the squad.

"We look forward to watching his continued development."

Kitchener played 70 times for Worcester Warriors and helped the club win promotion back to the Premiership in the 2010-11 season.