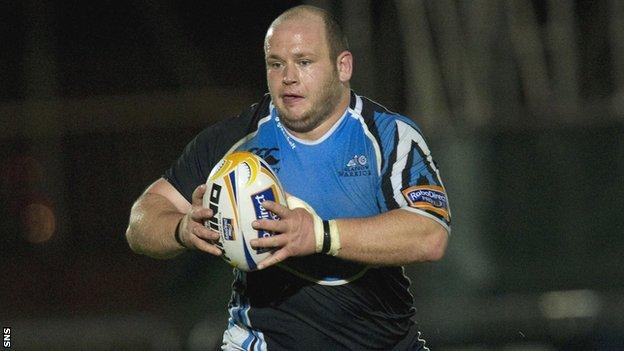 The 28-year-old tight-head prop is now contracted to the Scotstoun outfit until May 2016.

Cusack, from Yorkshire, has made 32 appearances since he arrived in Glasgow in June 2011.

"To have secured the services of Mike is great news for the club. He is developing a formidable reputation as one of the best tight-heads in the game," said head coach Gregor Townsend.

"To have him here at Scotstoun for the long-term is terrific news.

"He contributes well in defence and I've also been impressed by his handling ability."

His length of stay at Warriors means Cusack will become eligible to play for Scotland on residency grounds in the summer of 2014.

Cusack, who has Moray Low, Jon Welsh and Ed Kalman as competition for the position, told the Warriors website: "This was an easy decision for me to make.

"There is a great buzz around Scotstoun and we're building an exceptionally strong squad.

"I want to help this club achieve success and that means committing to the direction the club are going.  "I know that there is always going to be competition for places here at the Warriors, but that can only improve me as a player and help the club."