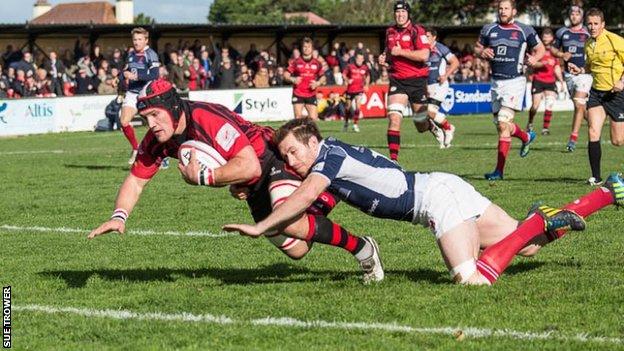 Jersey back rower Guy Thompson is confident they can win their British & Irish Cup clash with Leinster.

The islanders are unbeaten in their two cup matches this season and Thompson believes they can maintain that record.

"We're doing well in the British & Irish Cup, we go into every game to win it," he told BBC Radio Jersey.

"We need momentum, so we're going to target every single game we play. If we can go far in the cup it's going to give us massive confidence."

Jersey are currently joint-top of their group after and drawing with Pontypridd.

However, despite the Islanders sitting bottom of the Championship table following , Thompson is still upbeat about his team's chances.

"We can beat anybody on our day. We've just got to keep believing, keep training hard and when it does click we're going to be a team to be reckoned with."