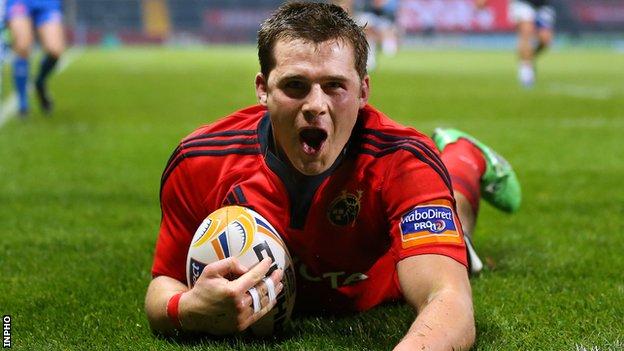 Munster have suffered a blow after recent signing CJ Stander was ruled out for a month because of a broken hand.

The ex-South Africa Under-20 captain sustained the injury after scoring two tries on his first Munster start against Glasgow on Saturday.

Stander made his debut as a replacement against the Scarlets a week earlier.

Munster are already without back rowers Niall Ronan, Sean Dougall and Tommy O'Donnell for Saturday's Heineken Cup clash against Saracens at Thomond Park.

James Coughlan, who has returned from a groin injury sooner than expected, has been added to the squad for Saturday's game.

Stander moved from South African club the Bulls as a project player, which means he has committed to seeking Irish residency and being eligible to play for Ireland in three years' time.