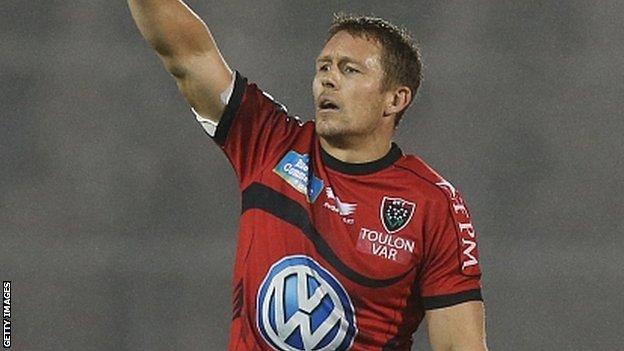 Star-studded Toulon condemned Sale to defeat in Heineken Cup Pool Six but the performance of the English side gave cause for optimism.

Winger David Smith scored the only try of the match in the first half and the French side led 11-6 at the break.

Toulon are nine points clear at the top of the pool with Cardiff Blues hosting Montpellier on Sunday.

Horrendous conditions at the Salford City Stadium helped bridge the gulf in class between a side leading the French Top 14 and one propping up the Premiership.

However, the visitors did just enough to secure the crucial points before next Sunday's rematch, while Sale head coach John Mitchell will be heartened by his side's gritty display.