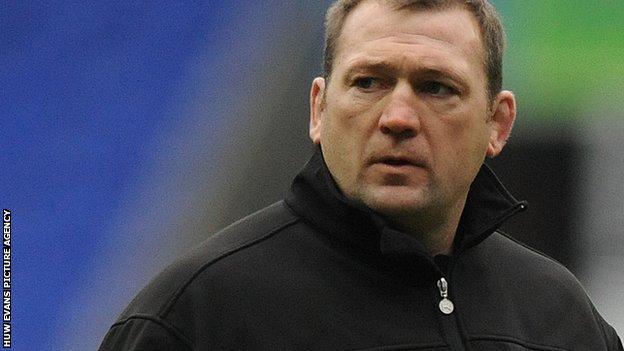 Ospreys need to produce the best display in their history on Saturday to stay in Heineken Cup contention, says forwards coach Jonathan Humphreys.

A trip to group leaders Toulouse awaits the Welsh region, and Humphreys insists that defeat will end their hopes of qualifying for the quarter-finals.

Injuries to several key players has made their task in France even harder.

"To win out there we have got to play the best any Ospreys team has ever played," said Humphreys.

Ospreys lie second in Pool 2 after beating Treviso and losing to Leicester in their first two games.

They were level at Leicester after an hour's play before a late home rally denied the Welsh region even a losing point, going down 39-22.

The six pool winners will qualify for the last eight, with the other two places given to the teams in second place with the highest number of points.

Humphreys does not believe a team from their pool will qualify as one of the best runners-up, meaning the equation is simple if they hope to top the group.

"We need to win all the games. That's as simplistic as it is," he said.

"That will be the same for Leicester. It's a pool where you can afford to drop one game, but that should be with a [losing] bonus point. If you don't, you have to win the rest of them."

Humphreys concedes his side will start as "massive underdogs" in France, particularly in light of their crippling injury list.

Locks Alun Wyn Jones and Ian Evans, hooker Richard Hibbard and prop Aaron Jarvis are unavailable after being injured on international duty with Wales during the autumn internationals.

Fly-half Dan Biggar faces a fitness test on a shoulder injury he sustained against Samoa.

"We are up against it, we understand that," said the former Wales captain.

"It's not often we go into games as an underdog, and we are going in there as a massive underdog. If I was Toulouse I would be really looking forward to us coming."