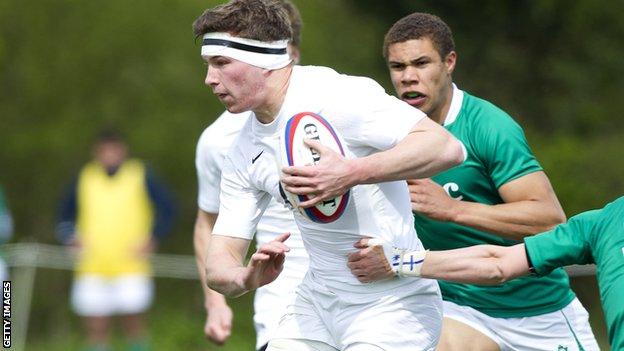 Stelling, 18, can play at centre or full-back and represented England Clubs and Schools last season.

He joins for an initial month and is expected to come straight into the islanders' squad for Saturday's British and Irish Cup clash with Leinster A.

"I had very good reports of him, and he impressed as soon as he got on the training field after flying in.

"I'm keen to see what Max can do in a match environment and how he fits into the team, so it's my intention to involve him against Leinster."

Stelling joins Jersey as they battle to avoid relegation in their first ever season in the second tier of English rugby.

The islanders are bottom of the table at the half-way point in the Championship season.