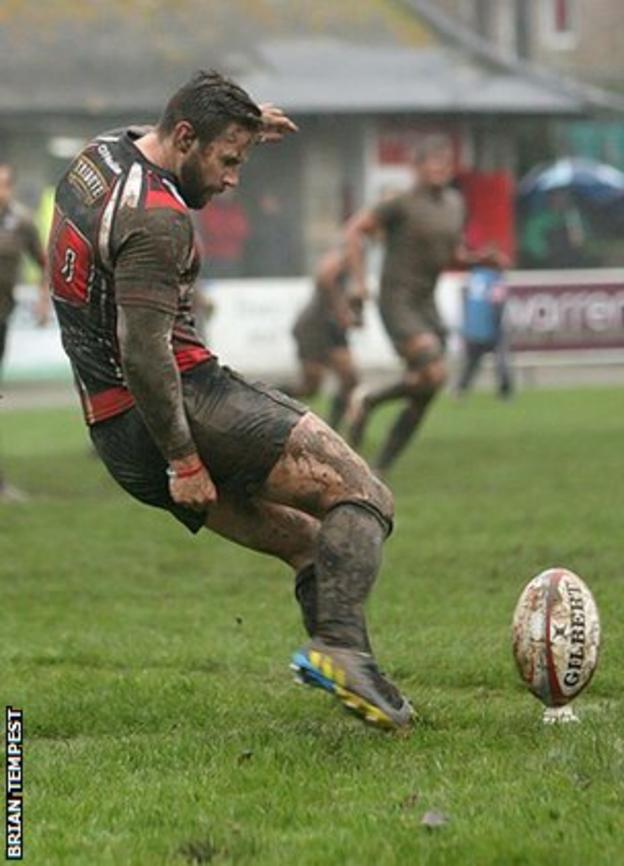 Cornish Pirates boss Ian Davies says he is concerned about who will kick their goals in the upcoming weeks after injuries to all their kickers.

Kieran Hallett came off injured in the on Sunday while fellow fly-half Aaron Penberthy is out for 10 weeks a groin problem.

Jonny Bentley has while backs Grant Pointer and Matt Evans, who can kick, are also hurt.

"It is a concern because we haven't got a massive squad," Davies said.

"The more injuries we pick up, the harder it becomes for us," headded to BBC Radio Cornwall.

Last season Pirates had a similar crisis and and this season the club have brought in a host of youngsters from both the Chiefs and Bath.

But with European matches this weekend Davies says he might not be able to call on more help from their Premiership counterparts.

And he fears that some of the Pirates' dual-registered players may go back to play for their parent sides.

"Exeter are in the Heineken Cup and Bath in the Amlin so James Tyas and Joe Buckle could be involved.

"Jack Nowell and Sam Hill have England Under-20 commitments and Gary Johnson is on paternity leave," he added.