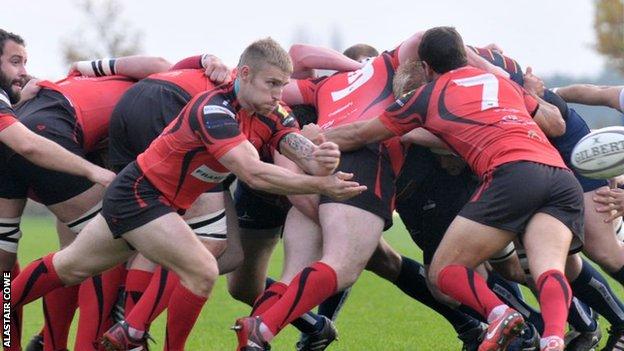 The Reds fought back from 12-3 down, thanks to two tries from number eight Tom Duncan and one from Craig Bonds.

"In the last 15 minutes we had to defend really well against them," Edwards told BBC Radio Cornwall.

"It's really pleasing, you can crack in those last minutes with the home crowd. They were really on the front foot so it was good defence, good discipline."

has now scored 12 tries this season for the Reds.

Meanwhile, Edwards offered sympathetic words for Southend, who he described as "really dogged and fighting for their lives".

He added: "When you're at the bottom of the table things just don't go your way, but when you're mid-table or above you snatch that last minute winner.

"They just can't buy that win at the moment."