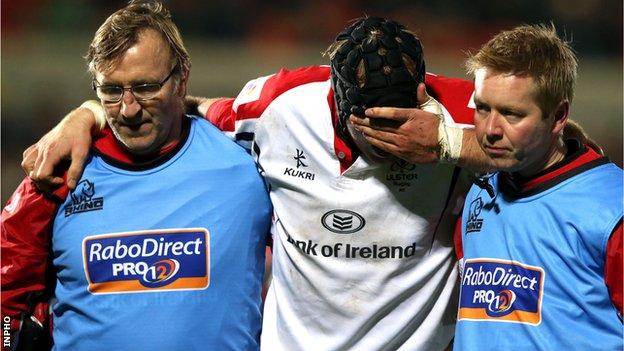 Ulster and Ireland flanker Stephen Ferris has had an operation to repair damage on his injured ankle.

Ulster confirmed on Wednesday the back-rower required surgery on the tendon injury he sustained in a Pro12 league game against Edinburgh on 2 November.

The news casts a serious doubt over his participation in the pool stages of Ulster's Heineken Cup campaign.

Ulster confirmed Ferris "will be reviewed in the coming weeks to establish an accurate time period for recovery and to assess when he will be fit to return to play". 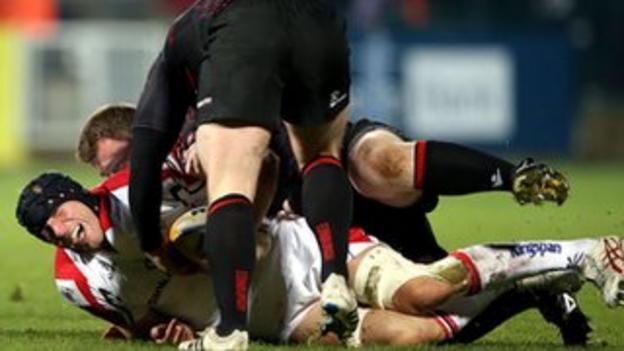 The uncertainty over his fitness and availability is a real blow to the province.

The 27-year-old is certain to miss the rest of Ulster's Heineken Cup pool 4 games, beginning with the back-to-back games with Northampton Saints over the next 10 days,

He is also highly unlikely to be ready for the remaining matches against Castres and Glasgow Warriors in January.

Ferris has been troubled already this season with a back spasm which ruled him out of several important games for Mark Anscombe's squad.

He thought his injury problems were over but hobbled out of last month's league game against Edinburgh after suffering an ankle injury early in the second half.

In his absence, Iain Henderson has impressed but the loss of their Lions' star for an indefinite period is bad news for Ulster.