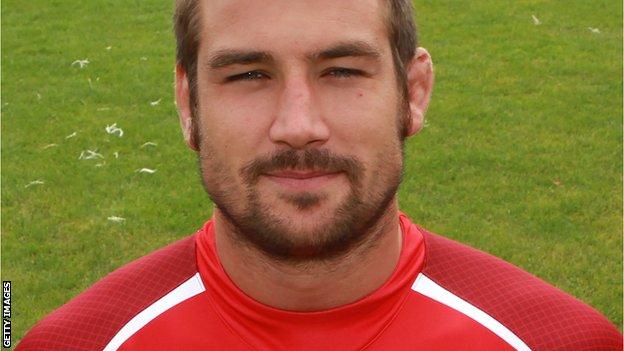 London Welsh lock Matt Corker says the win over London Irish could prove to be a turning point in his side's bid for Premiership survival.

"You have games that are quite instrumental in your league position and the most important thing is to get four points," he told BBC London 94.9.

"And [that win] put a bit of distance between us, and Irish and Sale."

Corker, who has played 164 games for Welsh, also praised the work of his side's defence but admitted they would have to improve their form to ensure their Premiership place next season.

"You can't always win the way you want to win but the most important thing is we kept our noses in front," continued the former Wasps player.

"We've been working very hard on our defence and to beat a team with the attacking powers that Irish have - we were very pleased with that.

"We've got players from all over and with lots of different experiences. The front row we've signed from France, they're bringing that every week for us, that hard edge they have in France and we definitely benefit from that

"We know we've got to constantly keep improving because the standard in the Premiership keeps improving.

"We're very pleased with how we've done from August to now but we also know that from now to May we've got to keep improving."