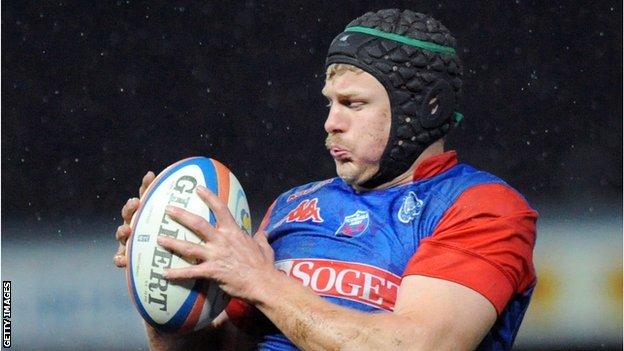 London Welsh's hopes of making the knockout stages of the Challenge Cup took a knock with defeat by Grenoble.

The scores were level at half time as Clement Darbo's two successful penalty attempts were matched by a couple of kicks by Welsh's Alex Davies.

The fly-half booted Welsh ahead after break but Vincent Campo's 50th-minute converted try put the hosts in control.

Victory takes Grenoble to the top of the pool, although they are likely to be usurped when Stade play group minnows Cavalieri on Saturday.