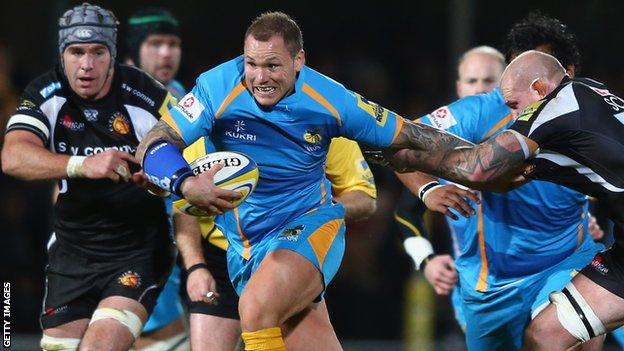 London Wasps centre Lee Thomas will be out of action for up to nine months because of a ruptured Achilles tendon.

The 28-year-old Welshman had to go off five minutes from time in last Saturday's 30-23 defeat at Exeter.

"We are bitterly disappointed to lose Lee, who was really starting to find his feet in a Wasps shirt," director of rugby Dai Young told the club website.

"We really feel for him as I know he was thoroughly enjoying his first few months here."

"He is a good character and once he is over the disappointment of being injured, he'll be an important guy to have around with all of his experience."

It is the second significant injury he has suffered in recent years, having been sidelined for several weeks in 2011 following knee surgery.