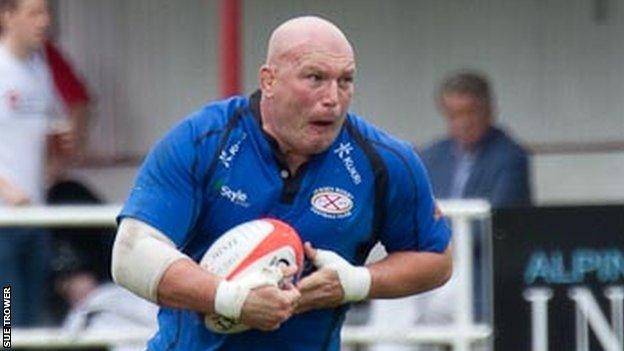 In a statement released by the club, chairman Bill Dempsey said the decision had been reached by mutual consent.

"It was agreed that it would be in the best interests of all parties for Ben to relinquish his position," he said.

"This decision was reached by mutual consent, after a review in which the challenges of combining the two elements of his role were discussed."

He played the first six matches of this season and featured in almost every game last season as Jersey were promoted to the Championship.

The former Sale, Cardiff and Swansea prop won 27 caps for Wales and earlier this year

At the halfway stage of their first Championship season Jersey are bottom of the table,

Director of rugby Ben Harvey was quick to praise Evans' commitment to the club.

"Ben was a very positive presence in our squad from the moment he arrived," he said.

"He played a major role, both on and off the field, in our successful campaign as champions of National One last season.

"His passion and commitment towards Jersey rugby were never in doubt and he leaves with our very best wishes for the future."