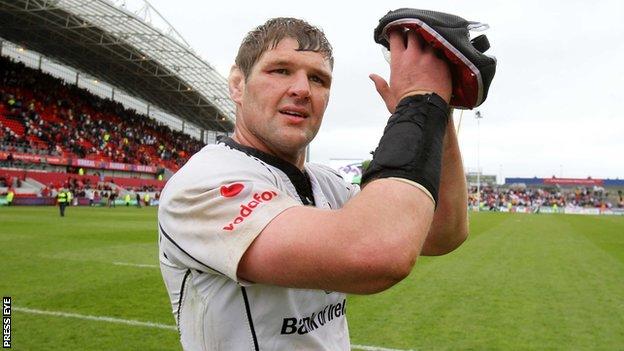 Ulster captain Johann Muller is expected to be ruled out for at least eight weeks after suffering a broken arm in Friday's win over Northampton.

An X-ray on Saturday morning revealed that the South African has an "undisplaced fracture of his radius".

Muller only recently returned to action after being ruled out for almost six weeks by a thumb injury.

Despite Muller's second-half injury, Ulster earned a 25-6 Heineken Cup win over the Saints at Franklin's Gardens.

The win maintained Ulster's perfect record this season as they won their 13th successive match.