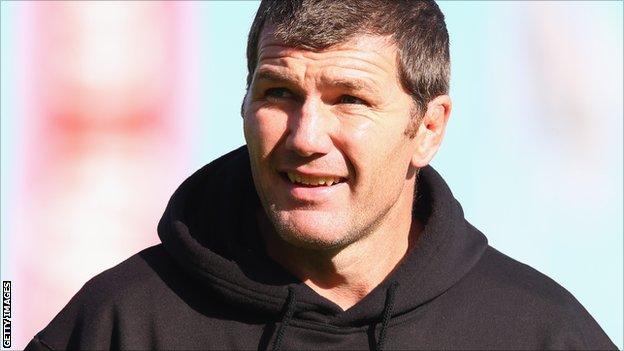 Baxter's side, enjoying a first taste of Europe's major cup this term, won 22-16 to record their first success.

"The players should feel immensely proud. It's a landmark and it shows we've taken another step forward."

The Chiefs' development as a Premiership outfit, in addition to their European commitments, has been notable in their third season post-promotion.

England recognition for Tom Johnson and Haydn Thomas has shed the spotlight on Exeter's squad, which has been tested by top-level competition.

Meanwhile one player hoping to catch the eye of the Ireland selectors is fly-half Gareth Steenson, whose kicking was pivotal to victory at Parc y Scarlets.

The 28-year-old contributed 17 points with unerring place kicking accuracy, while Thomas scored his first try in the tournament.

"Ultimately I don't think he missed [a kick]," Baxter continued.

"If your goal kicker keeps knocking them over like that and you can create some pressure situations, it's amazing how quickly you can build a score.

"The guys took some good decisions about how we built that score and how we created some platforms and ultimately that is what has won us the game."