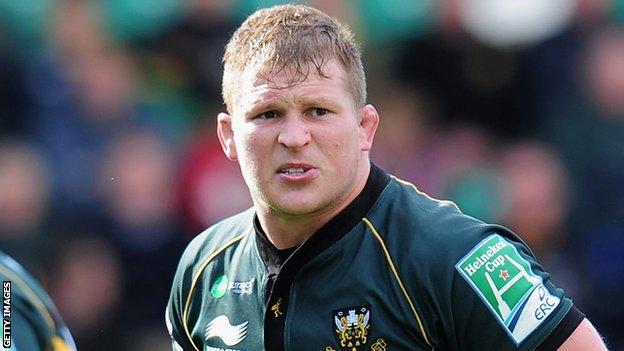 Northampton Saints captain Dylan Hartley has said his side were "shown up" by Ulster in the Heineken Cup.

Saints lost to the unbeaten Irish side 25-6 at Franklin's Gardens.

Hartley had warned his team-mates prior to the match about the need to improve following their victory over Sale Sharks.

The hooker told BBC Radio Northampton: "They brought bags of intensity and we didn't bring enough. It's not good enough. We need to sort it out."

The defeat leaves Saints third in Pool 4, with the return trip to Ulster's Ravenhill stadium to come on Saturday.

Jim Mallinder's side then host Castres before travelling to Glasgow Warriors in January.

"[Even] with internationals returning, injured players returning and our strongest team on the field, you can't just turn up and expect it to happen," added Hartley.

"We felt under pressure to play and create. When we did keep the ball, we got a few penalties and I think we missed a few at goal.

"But we got shown up by a good team.

"In terms of our form as a team, regardless of what competition, we need to play well next week and get back to the Premiership after that.

"What a challenge - Ulster are still an unbeaten team."