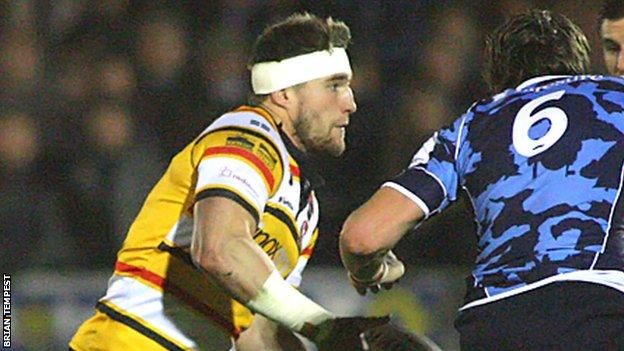 Cornish Pirates flanker Phil Burgess will be out of action for up to six weeks with a fractured jaw.

Burgess suffered the injury against Bedford last month but still played in the following game against Nottingham.

However, he was forced to sit out Saturday's British & Irish Cup win over Swansea after finally having the extent of the injury confirmed.

"He doesn't need an operation but he'll be out for 4-6 weeks" head coach Ian Davies told BBC Radio Cornwall.

"He picked it up in the Bedford game but played the whole game against Nottingham, there's a little fracture, but it's not a total displacement."

"It's a blow for us but it gives Joe Buckle a chance to get some game time and Owen Hambly," Davies added.