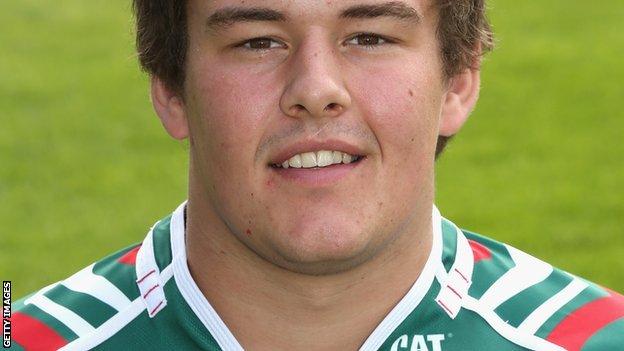 Jersey have increased their front row options by signing Charlie Clare on a month-long loan from Leicester Tigers.

The 20-year-old hooker could go straight into the squad to play Leinster in the British & Irish Cup.

"It's great to strengthen our squad with a talented player like Charlie," said director of rugby Ben Harvey.

"There have been occasions when we have been without a specialist hooker on the bench, so an extra option in that department will be a definite asset."

The former England Under-16 international joined the Tigers in 2008 and made loan appearances last season for Nottingham and Loughborough Students.

"Charlie's career has developed in a professional environment at Leicester," Harvey added.

"To have hookers of the pedigree of Richard Cockerill and Neil McCarthy as your mentors should leave him well-equipped."