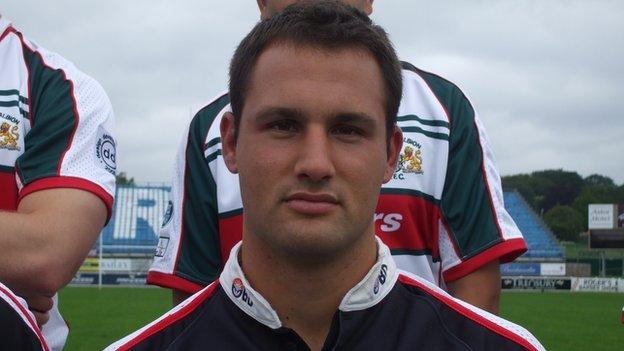 Plymouth Albion flanker Wayne Sprangle says the British & Irish Cup win in Aberavon has given the squad a lift.

"It was really important to pick up a win away from home, it didn't matter how," he told BBC South West Sport.

"Losing can become a habit as can winning as we showed earlier this season."

Plymouth won four of their first five league games before a run of form that saw them record just two wins in nine matches in all competitions.

"We're at our target for the first half of the season although we've been slipping down the table," Sprangle added.

"We want to be in the top eight not the bottom four, so any win, whether it comes in the British & Irish Cup is a good thing for confidence."

Albion play Aberavon again this Friday and return to league action on Boxing Day when the Cornish Pirates visit the Brickfields.

in September and the 30-year-old back-rower feels his side have a point to prove in the re-match.

"This weekend is part of the building process for the Pirates game," he added.

"We definitely thought it was a chance to go there and catch them napping at the start of the season but we came up just short, we probably owe them one."