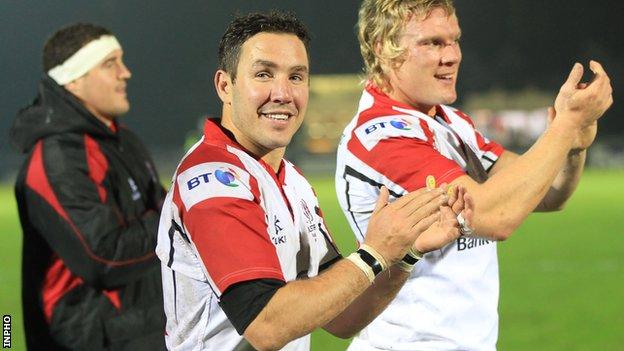 The veteran centre put his body on the line last week as Ulster recorded one of their best ever away results in Europe beating the Saints 25-6.

Another victory will put them in complete control at the top of Pool 4.

"We'll focus on the first 10 minutes and try to get on top of them physically," Wallace said.

Wallace insists the team will not go chasing another bonus point and wants to first win the mental battle against a wounded Saints' team. 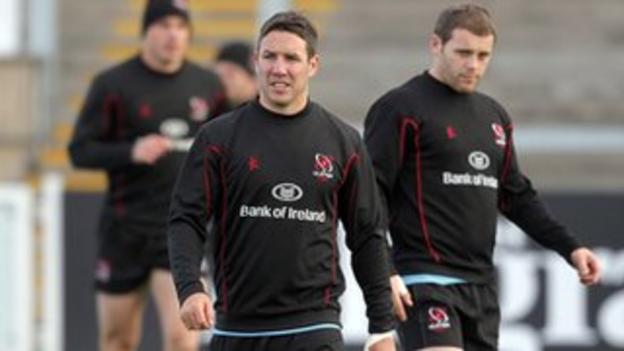 "We want to try to sow that seed of doubt in their head that Ravenhill is going to be a tough place to get a result," he said.

"If we can come away with four points we'll be more than happy as it puts us in a really strong position going into the last rounds. We're certainly not going to focus on trying to score four tries."

Ulster have not played at Ravenhill for six weeks as their last four games have all been away from home.

The last home appearance was a league win over Edinburgh on November 2 and the province has subsequently beaten Zebre, Benetton Treviso, Scarlets and Northampton on the road.

Coach Mark Anscombe said: "we've had 13 games this season and eight of them have been away from home".

"The guys are looking forward to playing at Ravenhill again.

"Early in the season our fans got behind us in a couple of real tight games. We know it's going to be tough on Saturday and we're going to be relying on them and hoping they're there to help us get over the line."