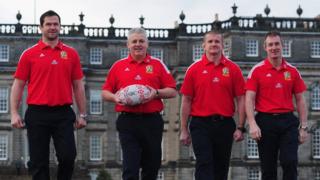 Warren Gatland describes his recent appointment as head coach of the British and Irish Lions for the 2013 Australia tour as "the biggest honour you could have as a coach".

Defensive coach Andy Farrell says he has always felt part of the Lions even when not directly involved and describes his first involvement with the team as "a special place to be".