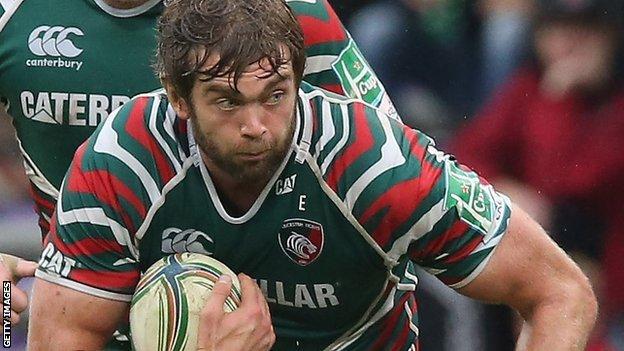 The 29-year-old England star's current contract expires in the summer.

But Cockerill told BBC Radio Leicester: "There's a deal to be done and I am sure there will be one.

"There will be interest in Geoff, as there will be in all the players, but he wants to stay. We have helped him develop, he has worked hard and we want to keep him."

Parling, who has 12 England caps - all coming in 2012, has reportedly been a target of Gloucester, who announced this week their second row and skipper Jim Hamilton is leaving for France next term.

But given his eye-catching England performances, particularly in the recent autumn internationals, it is feasible that other European clubs will have expressed interest in the former Newcastle man.

Parling, left the Falcons in 2009, endured two injury-blighted seasons at Welford Road as first a neck injury and then two serious knee injuries kept him sidelined.

But his performances in 2012 have earned him the regular England place Cockerill has long maintained his man deserved.