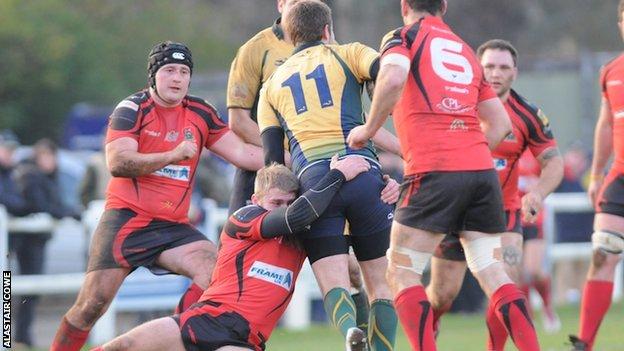 Redruth head coach Adrian Edwards wants his side to go on the attack when Clifton visit in National Two South.

"Obviously they leak points but they can score tries, so we've got to attack them" he told BBC South West Sport.

"It sounds like their backs are dangerous and they may want to come down and throw the ball around, but they've got to get the ball first."

Fourth-placed Reds have won their last four games, including a hard fought last time out, but Edwards is wary of Clifton's threat.

Number eight Tom Duncan is still available despite but Owen Hambly is expected to remain with the Pirates for their British & Irish Cup match.

"Our pack have been going really well and our defence has been outstanding in recent weeks," Edwards added.

"It's nice to go into the game with a bit of form and without any injury worries."