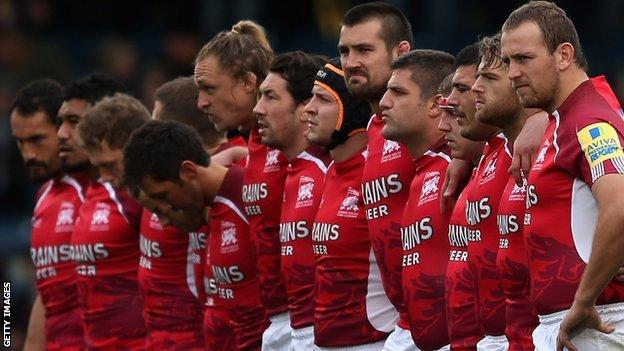 London Welsh's Challenge Cup hopes are all but over after a home defeat by Grenoble in Pool Five.

The Exiles had lost 20-9 in Grenoble last weekend but were awarded a 28-0 win after it emerged that the French side had fielded an ineligible player.

And Welsh trailed 22-6 early in the second half after two Laurent Bouchet tries and Florian Ninard's score.

Mike Denbee's score cut the deficit but Feliuaki Taukeiaho crossed to seal the win and earn Grenoble a bonus point.

The result leaves London Welsh third in the pool, 10 points behind leaders Stade Francais, who have won all four of their games, with two matches to play.

Grenoble, who were docked the points they earned from their home win against the Exiles, moved up to second in the pool with their victory at the Kassam Stadium.