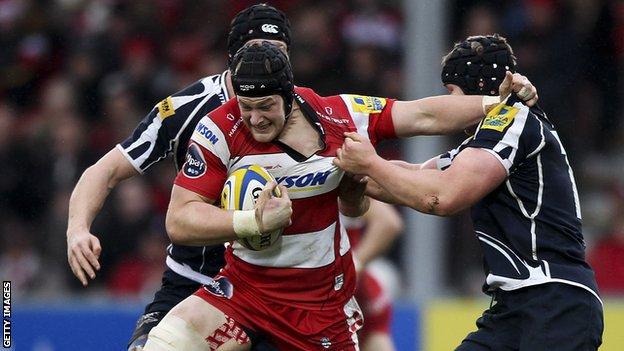 The 23-year-old arrived at Kingsholm from Hartpury in May 2011 and broke in to the Cherry and Whites first team last season.

"You always want the security to know where you're going to be," Savage told BBC Gloucestershire.

"It's a nice amount of time and I can really get my head down and concentrate on the rugby."

He has played 13 times this season and has impressed while deputising for the injured Alex Brown.

And Savage says he wants to continue to improve his game under Nigel Davies' leadership.

"It's about getting a better understanding of the game week in, week out and how we want to play.

"I want to keep pushing the boundaries and I'm looking forward to the future."