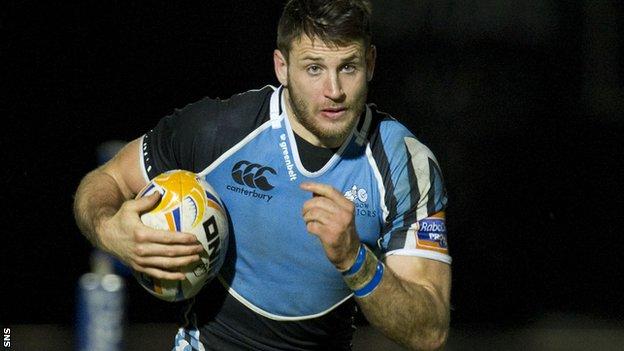 Glasgow Warriors winger Tommy Seymour has signed a new contract which will see him stay on at Scotstoun until at least the summer of 2015.

The 24-year-old arrived from Ulster last year and is the club's joint top try-scorer this season, with five.

"The way the squad and team are developing is a massive factor in staying on," said Seymour.

"The players and coaches here do believe that we're building towards something special."

Seymour was born and raised in Nashville, USA, before moving to Northern Ireland via a spell in Dubai.

He qualifies for Scotland through his mother, who was born in Glasgow, and was called up to the international training squad for the first time for the autumn Tests, although not selected for any of the match-day 22s.