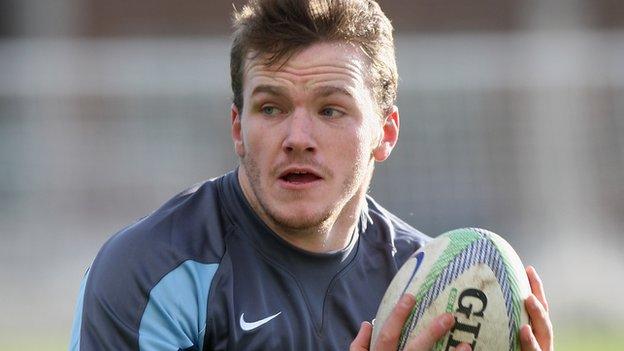 Bristol captain Iain Grieve could be sidelined for up to three months after sustaining a suspected bicep tear.

Grieve picked up the injury in Friday's British & Irish Cup win over Bridgend.

Mitch Eadie, Gaston Cortes and Matt Williams were also taken off but their injuries are not thought to be serious.

Prop Cortes is set to be out for three weeks with a calf strain while number eight Eadie and winger Williams are expected to be fit for Sunday's Championship game with Doncaster.

Speaking about 25-year-old Grieve's absence, head coach Liam Middleton told BBC Radio Bristol: "It looks like it will be a 12-week injury.

"He's still going to play a big part in our season but we're obviously disappointed as he's our captain.

"He's been in very good form and although he's a loss, we've got great depth in our back row."