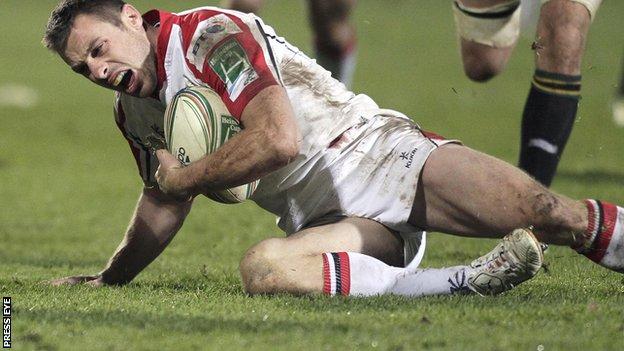 Tommy Bowe looks certain to miss all of the Six Nations after Ulster said that the Ireland winger is likely to be out of action for four months.

The UIster player underwent surgery on Wednesday and will also miss the remaining Heineken Cup pool games against Glasgow and Castres in January.

"Tommy Bowe has undergone surgery on his knee," read an Ulster statement.

"He is now expected to be out for approximately four months."

The Ulster winger sustained the injury in the closing stages of Ulster's Heineken Cup defeat by the Saints at Ravenhill.

The winger will miss several Pro12 games for Ulster and his fitness target to resume playing is now likely to be the knockout stages of the Heineken Cup in April - providing his side qualify for the last eight.

Bowe's absence is also likely to affect his chances of being included in the British & Irish Lions squad for next summer's tour of Australia.