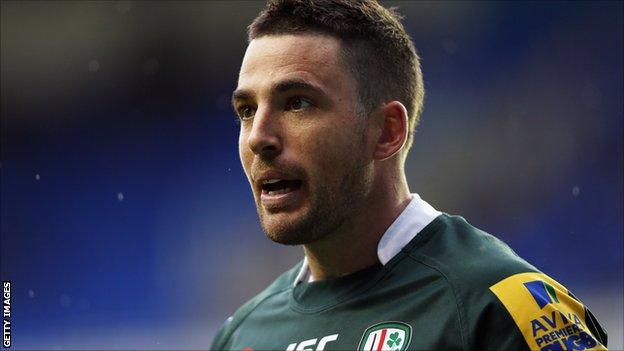 London Irish fly-half Ian Humphreys has urged the club's senior players to help instil a winning mentality as they bid to turn around their fortunes.

The Exiles face one of Humphreys's former clubs on Saturday, Leicester, and the 30-year-old says Irish need to copy the belief of the Tigers and another of his old teams, Ulster.

"But it doesn't come over night, it is a building phase."

The Exiles have struggled this season and are second from bottom in the Premiership table and Humphreys says it is up to him and the other experienced players to improve results.

"At Ulster a couple of years back we brought in a couple of South Africans and the difference they brought was huge," he said.

"They were so hard and so committed to winning. Some players happen to turn up and play a bit but these boys really wanted to win.

"They instilled a winning mentality and ruthlessness and it is something for the experienced players here at London Irish to do the same because this is quite a young squad.

"We are improving and gelling and in the new year you will see a new London Irish."