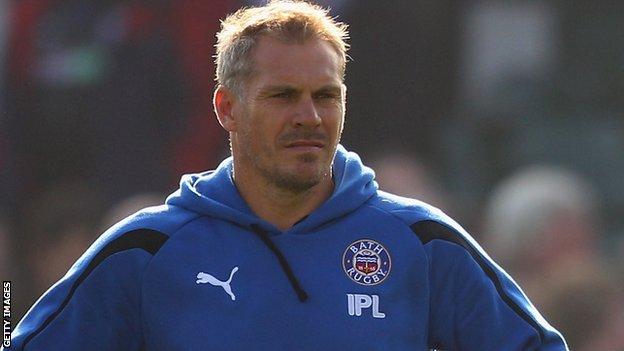 Bath have said they cannot discuss the future of first-team coach Brad Davis because of legal reasons.

The 44-year-old is thought be considering leaving after six years.

A club statement said: "We are not, for legal reasons permitted to offer any comment whatsoever on the details of this situation.

"However, what we can certainly say is that Brad is indeed very popular here at Bath Rugby and extremely well respected as both a man and a coach."

The statement continued: "Overall, we want the best outcomes for both Brad and for the club and hope to have everything settled as soon as possible."

The former rugby league player arrived at the Rec to work alongside ex-head coach Steve Meehan in 2006, and stayed on during Sir Ian McGeechan's reign.

Davis was the only coach retained as Bath reshuffled their backroom in the summer when Gary Gold, Mike Ford, Toby Booth and Neal Hatley came in.