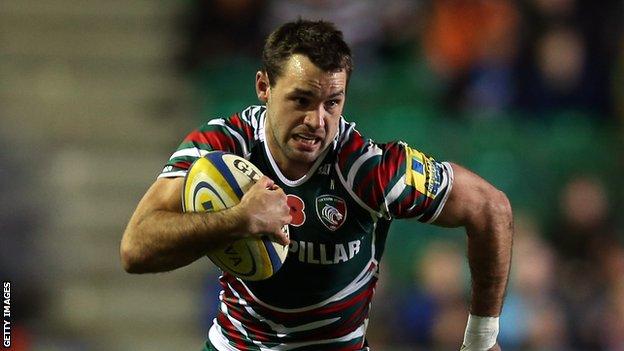 Leicester Tigers utility back Niall Morris has agreed a new contract with the Premiership club.

The 24-year-old, who joined from Leinster in 2011, can play on the wing or at full-back and has scored seven tries in 26 games for the Tigers.

Director of rugby Richard Cockerill said: "Niall has been a very important member of the squad here for the last two seasons.

"He is a good young player who is developing really well."

Morris, who began his career at Blackrock College, said he believed his game had improved a lot since he joined the Tigers.

"I've had great support from the coaches and the players, and I want to continue to play here and do my best for the club," he added.

The length of his new contract has not been disclosed.