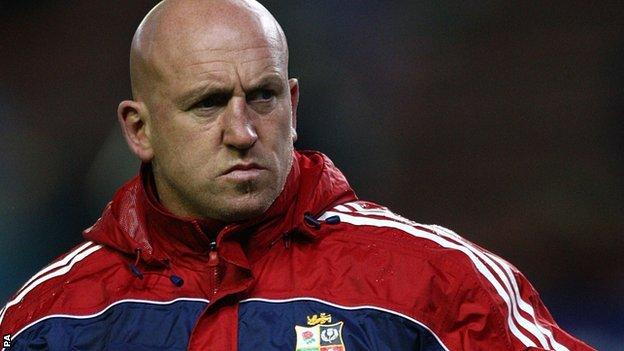 Defence coach Shaun Edwards has quit his consultancy role at London Irish to concentrate on his duties with the Wales national team.

Edwards began working one day a week with the Exiles in September.

London Irish have the worst defence in the Premiership and are second bottom in the table.

"After consultation with Roger Lewis, CEO of the WRU, I am to concentrate solely on Welsh rugby in the build-up to Rugby World Cup 2015," Edwards said.

"Thus my consultancy work will cease with immediate effect."

Edwards was defence coach for the British and Irish Lions' tour of South Africa in 2009 but was overlooked by his Wales head coach Warren Gatland for this year's Australia tour.

London Irish, who reached the Premiership final in 2009, have struggled this season, conceding 31 tries to lie only one point clear of bottom club Sale.

The club's director of rugby Brian Smith said: "I have always been a supporter of Shaun Edwards and that will not change.

"He is a world-class defence coach and has put in place structures, strategies and techniques that we will take forward. I will step up on the defensive side for the remainder of this season. We would like to thank him for his efforts over the last six months and wish him well for the future."

Edwards worked alongside Gatland at London Wasps and the club went on to win two Heineken Cup titles.

He linked up with Wales at the end of 2007, with the national team winning the Six Nations Grand Slam in 2008 and 2012 as well as reaching the semi-finals of the 2011 World Cup.